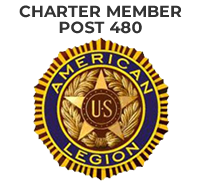 The USS Merrick was a troop carrier with landing craft. Lambert was originally trained as a radioman, but did not get to use his skills until after his discharge. He studied at Indiana Technology College and was the first television and radio repairman in Fort Wayne Indiana. He did this part-time while working at the post office. His best customers were postal employees, supervisors and the clergy.

Mr. Dumask worked for the US Postal service in Fort Wayne, Indiana, until he retired as a supervisor. Lambert had 5 children and lived in Indiana. He grew up in Presque Isle, Wisconsin during the logging era of the 1930’s. He became an avid coin and stamp collector and continued to be a “bookworm”. Member of Winegar Post 480 American Legion, then a member of the American Legion Post 47 for over 60 years.