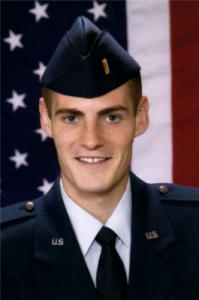 Michael commissioned into the Air Force in 2006 after completing the ROTC program at Marquette University in Milwaukee, Wisconsin. He graduated with a bachelor’s degree in mechanical engineering and was subsequently stationed at the Air Force Research Laboratory (AFRL) at Edwards Air Force Base in Southern California. This AFRL site has a long history of research and development in key rocket propulsion technologies. For two years he worked at the Electric Propulsion laboratory on electric, space-based propulsion systems. The next two years were spent with the Liquid Rocket Engines branch managing Small Business Innovative Research (SBIR) programs run with select companies from around the country. During this time, he received a masters degree in aerospace engineering from California State Polytechnic University at Pomona. Michael was discharged from the Air Force in 2010 and now works at GE Healthcare designing x-ray tubes for computed tomography systems. Michael lives with his wife Allie and their two sons in Wauwatosa, WI, and often visit Presque Isle, WI. See Father John L. Gorrilla. Grandson-in-law to Daniel J. McLaughlin.