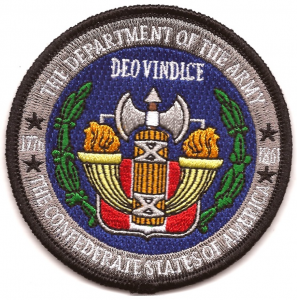 Under command of Capt. Francis M. Chrisman the Border Rangers rode to Pitman’s Ferry, Arkansas, where they became part of Col. Solon Borland’s 1st Arkansas Mounted Volunteers (later re-designated as the 3rd Arkansas Cavalry). The Border Rangers were bounced around among several commands during the war. They were transferred from Borland’s regiment to the 6th Battalion Arkansas Cavalry. Here they were consolidated with the Crittenden Rangers before being transferred to the famous 2nd Arkansas Cavalry. They served in this regiment under Col. William F. Slemons until January 1863, when they were transferred back to Borland’s old command, the 3rd Arkansas Cavalry. Having finally found a permanent home, the consolidated Rangers company served with this command under General Wheeler to the end of the war, surrendering in South Carolina in May 1865.
J.P. applied for (and was granted) a Confederate pension in 1909 while living in Pulaski County, Arkansas. It indicates that J.P. broke his leg during the “War of the Rebellion”.