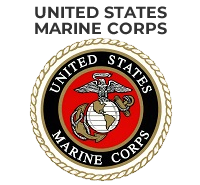 Mell Stober was a man born into the generation of Americans many refer to as America’s greatest generation. Born in Magnet, Nebraska on May 10 1918, Mell spent his youth on the central western South Dakota plains on the family farm near the town of Winner. These were hard times for all Americans, and in his teen years, Mell and his friends grew up under the cloud of an economic depression. Like hard scrabble young men before have often done during such times, Mell enlisted in the military at age 21. For Mell, it was the Marine Corps hymn which caught his ear.

At the time Mell entered military service, there were increasing threats and worldwide unrest. War had already broken out in Europe, however Americans were actively encouraging their leaders to avoid becoming involved in another European folly, especially, so soon after WWI.

Mell’s first duty assignment was in the Philippine Islands. For this young American, it was his first time away from home and his first taste of a tropical paradise. He could not have known how dramatically his life would change in just eight short months, and in twelve months’ how he and his comrades would be confronted with horrors which would test to the core their will, stamina, and character beyond human imagination.

On December 7, 1941, the Japanese attacked American forces in Hawaii. Often forgotten, simultaneously the Japanese attacked American Forces in the Philippines, and soon thereafter commenced an amphibious invasion of the Philippine Islands.Mell, like thousands of other American men and women, just a few months later, would be ordered by their senior officers to surrender, and thus the gates of hell would be opened, and unwillingly, they entered. What follows is Mell’s very brief synopsis of his POW experience:

A letter written in the hand of and by Mell J. Stober (not dated, however most likely approximately at the time of his discharge)

“I enlisted in the U.S. Marines February 1 1940. After my Basic Training I left for the P. I. (added: Philippine Islands) in April of 1941. When I arrived in the P. I. I was stationed at Cavite, Mariveles and Olangapo doing guard duty. After the outbreak of the War, I was stationed at Olangapo near Bataan with an antiaircraft Battery until about December 25, 1941 (added: roughly three weeks after hostilities began). Around the first of 1942 I was transferred to Corregidor and then had a slight case of Malaria and Dengue fever and my eyes had started to bother me. I was also extremely short of rations.

After the surrender, May 6, 1942 we went to Bilibed Prison, Manila. From Bilibed prison we went to Cabanatuan Camp #1 where I really started to suffer. I had Beriberi and pellagra quite bad. I was also suffering from arthritis of the left knee and ankle. This put me in bed for a few days and it was almost impossible for me to get around for a couple of weeks.

At about this same time my complete left side became completely paralyzed for six or seven hours. Around the first of 1943 I was transferred to Cabanatuan Camp # 2. We were extremely short of rations and my eyes were really causing me a lot of misery. My hearing also became defective at that time and I figure this is partly due to the short rations and from some of the diseases I had had.

In the fall of 1943 we were divided up and I was sent by cargo ship to Japan. Upon arriving in Japan I was placed in Osaka Prison Camp. I then had several attacks of Paralysis of the left side and each time I had an attack it lasted for a longer time. We were extremely short of rations which amounted almost entirely of rice balls. I also had several attacks of Beriberi which left me with very poor blood circulation. All this time my eyes were worse and I began having blind spots.

While I was unloading pig iron from a ship one day I wrenched my back which laid me up for about 2 months. This happened the early part of 1945. All this time my very existence almost completely depended upon what we were able to steal.

I was transferred to Nomachi in June of 1945 and things went in the same miserable routine until we were notified by the Japs to quit work August 15, 1945. We then stayed there until September 9 1945,

When we started our homebound trip, we went to Yokohama by railroad and then boarded a rescue ship which took us to Tokyo. Then we were flown to Great Lakes Illinois (added: a Naval hospital). I was then discharged April 3, 1946.” (End of letter)

During his hospitalization Sgt. Stober received this letter from President Harry S. Truman, his Commander in Chief:

It gives me special pleasure to welcome you back to your native shores, and to express, on behalf of the people of the Unite States, the joy we feel at your deliverance from the hands of the enemy. It is a source of profound satisfaction that our efforts to accomplish your return have been successful.

You have fought valiantly and have suffered greatly. As your Commander in Chief, I take pride in your past achievements and express the thanks of a grateful Nation for your services in combat and steadfastness while a prisoner of war.

May God grant you happiness and a successful future.

Mell was discharged from the Great Lakes Naval Hospital on April 3, 1946. His health however continued to slowly deteriorate all related to the inhumane conditions he and others like him had suffered through for three and a half years as Japanese POW’s. He made many requests for medical care through the Veteran’s Administration, but until near his end, those pleas fell on deaf bureaucratic ears. Mell’s was a situation that yet today, now seventy years since the greatest generation returned home from WWII, our American leaders continue to turn a blind eye and fail to honestly address the problems related to the medical needs of those who were sent at the bidding of these same leaders as well as our Countries citizens, to stand at the gate, and if necessary, when called upon, to give their all. When will America do better?

Mell passed away June 29th 1948 at Woods VA hospital in Milwaukee WI. Mell was 30 years, 50 days, six hours and 20 minutes old. He left behind two young sons Mell James, and Herbert J., who were orphaned at 22 months and 6 months respectively. Each was challenged due to the loss of their father, and each would grow to be young men, who like their father, would proudly serve their Country in uniform. One served for 30 years, the other, like his father, gave his life. Their names are next to their father’s on the Wilderness Veterans Memorial and their stories are on the virtual wall as well.

Mell has two grandsons. One also serves his country as an Air Force physician. This young Doctor has on many occasions provided medical care to WWII veterans who were comrades of both of his Grandfather’s. His name is Dr. James A. Stober, Major, USAF. His name also can be found on the Memorial, next to his Grandfather’s, his Father’s, and his Uncle’s. His story too is on the virtual wall. Both Grandfathers, certainly still watch over their Grandson and must take pride in their legacy of service and devotion to the duties when their Country has calls.